What Is A Laser Cutting Head?

The laser cutter head is an adjustment that can be fitted on to the main machine. It is a sleek, elongated piece made up of titanium or sometimes another material. One end of the part is crafted in a nozzle through which the focused laser beam exits. The other end attaches to the laser cutting machine and receives the laser beam.

The primary purpose of the laser cutting head is to focus and adjust the emerging laser from the machine. To perform the job, it is equipped with various mirrors and lenses.

The main parts of the laser cutting head are:

The design of a laser cutter head may vary according to the type and design. However, the parts mentioned above are almost always present in any laser cutting head. 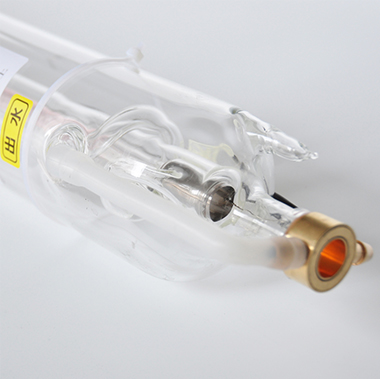 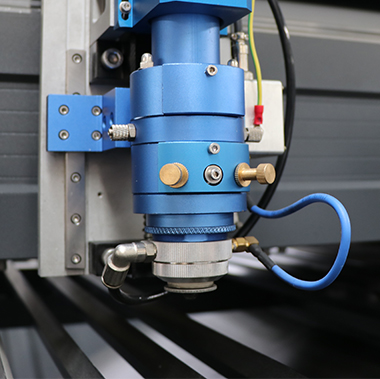 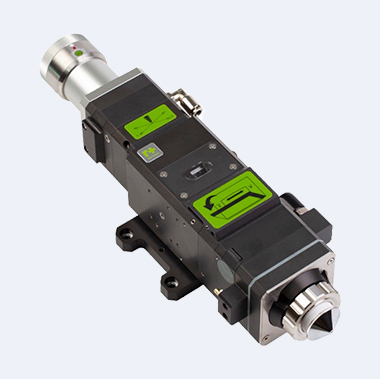 How Does the Laser Cutting Head Work?

The working principle of the laser cutter head is fairly simple. One end receives the laser beam which is usually concentrated light rays. However, they could be isolated rays such as infrared rays from the light spectrum. Whichever beam is produced by the machine, the laser cutting head receives and adjusts it according to the requirement.

As mentioned before, this is achieved by a combination of mirrors and lenses. These tools reflect and focus the beam. The process is explained below.

The beam from the laser emitter enters the laser cutting head. Here, it is reflected by a mirror placed at approximately 45° angle. This bends the laser beam downwards, in a straight line. The laser beam then passes through a convex lens. The lens is placed on a lens mount that can be adjusted to move it up or down. This changes the focal length of the lens. Finally, the laser beam passes through the nozzle which further focuses the beam and gas jet. The result is a highly precise laser beam that can accurately cut objects.

The laser beam also projects a high-pressured gas such as Oxygen or Nitrogen. The high-pressured gas enters the laser cutter head via the gas inlets and exits from the nozzle. The purpose of this gas is to blow the melted metal. So, the result is a smooth, precise cut.

CO2 Laser cutting head is also known as the gas laser head, this is an attachment head for CO² lasers. They are by far the most common laser cutting heads. That is not surprising, considering they are cheaper and get the job done quite efficiently.

The wavelength of light produced by the CO2 laser cutting head is usually 10.6mm. This wavelength gives a pretty neat finishing and is strong enough to pierce most metals.

As the name suggests, they are the key attachment of the crystal laser cutting machine. The laser beams are generated from nd: YAG and nd: YVO. The wavelengths focused by these laser heads are smaller and hence the beam can cut through comparatively thicker materials. The crystal laser cutter head is generally high-powered and more expensive. In addition to this, the parts in this metal cutting laser head often wear out quickly.

The Fiber laser head enhances the lasers produced by the machine with the aid of special fibers. The Fiber laser cutting machines are grouped into the “solid-state lasers”. These are also relatively inexpensive compared to the crystal laser’s heads.

Another advantage of the fiber laser cutting head is that it does not need constant maintenance. Apart from this, fiber laser heads also consume less energy.

CNC is a constructive or manufacturing process that is controlled by computer programming. The essence of this process lies in automation and pre-programmed computer software that performs the manufacturing.

The process often includes complex machinery and often requires precise cutting. For this reason, a laser cutter head can be attached to a CNC machine to aid the manufacturing process. The laser cutter head for CNC can be mounted on the machinery to engrave or cut almost any type of metal.

What Type of Materials Does the Laser Cut?

The type of materials cut by the laser cutting heads depends on the kind of machine it is mounted upon. Most metal cutting laser heads can cut a variety of materials. However, some are specialized for cutting and engraving certain types of materials more efficiently than others.

The CO2 laser head is by far the most common laser cutting head. The immense popularity of C02 lasers lies in its versatility to cut several different materials. The CO² laser cutting machines are efficient in cutting non-metals or insulators such as wood, MDF, glass, plastics, and other non-metallic materials. These lasers are also used to cut foams and Styrofoam.

These laser heads are especially useful in engraving nonmetals. Hence, they have countless applications in today’s world.

This laser cutting head is an alternative for cutting nonmetals. It can cut plastics and even ceramics. However, these crystal lasers are equally good at cutting metals too.

These efficient lasers are equally powerful for cutting metals and non-metals alike. You can expect to cut plastics, ceramics, and even heavy metals with this mighty laser cutting head.